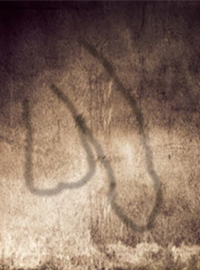 Archaeologists working in Chile have uncovered what many believe to be the earliest known dick pic.
Related Topics

SANTIAGO, CHILE – Archaeologists working outside of Santiago have discovered what they believe is the first known instance of a “dick pic.”

“Right now we are looking at an image painted on a wall as the earliest example, that we know of, of some creep creating a picture of his own penis for the intent of showing it to someone else,” said on-site archaeologist, Brendon Duclaire. “I mean, it’s a really crude drawing, as one would expect from the time period, but it is clearly a penis. It’s got testicles and pubic hair. I’ve stared at it for a long time. A really long time and, yup, it’s definitely a penis. A nice long penis.”

While working at a recently discovered ancient habitation site, archaeologist AbhiJeet Kolipaka and his team found drawings on a man-made wall. As the archaeologists began clearing and cleaning the wall they noticed the drawings appeared to be that of male genitalia.

“As I started brushing away the layers of dirt I started to see an image appear and then, suddenly, bam! There’s a dick,” said archaeologist, Heather Chase. “It’s like my senior year in college all over again. But honestly, getting this pic is way better than the hundreds of others that I’ve received. And by that I mean this is the only one I’ll get. I’m not going to keep getting random pics from Ungunu the caveman at three AM for the next four months. Unlike Steve Clemonds who I went on one Tinder date with.”

The image resembles a flaccid penis and testicles. No face of other body parts are included in the image or near the image.

“Trust me, I’ve seen a lot of dicks, both in person and in my email,” Chase said. “Now, wait, I don’t mean that like I’m a slut or anything. And there is nothing wrong with being a slut, I’m just sayin’. I’ve just taken a lot of science classes. And I was on Tinder for a while. Seriously, every girl on Tinder gets a minimum of 178 dick pics a day. Anyways, this drawing is totally a dick pic. Though it is kind of weird that they didn’t draw it erect. I guess cavewomen had different standards.”

Art historians are eager to review the image and confirm the archaeologist’s findings.

“The fact that the painting is that of a penis is not what the question is. The question is did the artist behind the painting of the penis intend to show this to another person,” said art historian at the de Young Museum, Rafael Neerisi. “Obviously the archaeologists are experts in ancient artifacts and ancient life but I think, as an art historian it is up to me and my ilk to really make sure that the artist who created this image did, in fact, intend to create an image of his own penis and if he then intended to show that image to another person. We will need to review the image and see if we can identify the artist’s intentions.”

Previous to this discovery, the earliest known instance of a “dick pic” was a painting made by Italian artist André Balvetti in the late 1300s.

“This is exciting. We are talking about the creation of a dick pic thousands of years before the previously thought ‘first dick pic’ and that is really, really exciting,” said Neerisi. “We knew Balvetti was a total creep and had painted his own penis several times and sent those paintings to women across Italy but now we may have an artist that painted his own penis and then brought someone to see that painting… it’s just exciting to think about the first dick pic.”