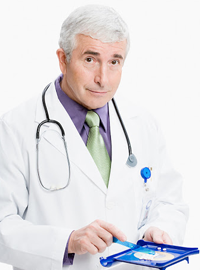 Brock Winsom, who played Physician By the Door, in an episode of the television show “M.A.S.H.” in 1975 is eager start treating patients.
Related Topics

NEW YORK, NY – Facing an overworked healthcare system due to the COVID-19 pandemic, the Centers for Disease Control and Prevention is calling on any actor or actress that has ever appeared in a movie, TV show, or play as a medical professional to report to their closest hospital to treat patients.

“In this time of need, we call upon our most valuable resource – actors,” said CDC spokesman, Dr. Andrew Rivera. “Any who has ever played a doctor or a nurse or virologist in a movie or on the TV is an expert in healthcare and should be treated as such. We can use that expertise. Instead of offering free medical advice via social media they will now be able to provide hands-on help.”

The CDC did not specify how recently the role of a medical professional was performed so actors and actresses that played doctors and nurses more than 50 years ago are being encouraged to report to hospitals.

“I guess it doesn’t matter to the CDC so we’ll take anyone no matter when or even how long they played a doctor on the screen,” said Cedars-Sinai Medical Center Director of Emergency Response, Gabriella Muñoz. “So even if you played a nurse once on a tv show 10 years ago, come on down and get to work. Don’t worry about personal protection equipment, if enough of you show up we won’t need to worry about it because there will be replacements for you when you… um… nevermind.”

Hospitals nationwide are facing serious shortages in medical professionals as the number of patients with COVID-19 rises.

“We are, due to a couple different reasons… cough Trump cough… we are running low on basically everything,” said CDC Deputy Chief Operating Officer, Markus Vermillion. “But if we can just throw people at this we might be able to get through it. There are a whole lot of actors and actresses and by using them as a front-line of defen… I mean treatment, we will be able to keep actual doctors and nurses safe and doing the real work.”

In Southern California more than 380,000 actors and actresses are expected to report to hospitals.

“We got a copy of some (Screen Actors Guild) databases and we have a list of more than 300,000 people who have played a medical professional at some point in their professional career,” said Rivera. “So we’ll call those people in here and put them to work. They won’t get paid but we did work with the Screen Actors Guild to work out some kind of credit for the work they do. I think we agreed to put their names at the top of forms or a call sheet or something like that. I don’t know. I guess that means a lot to those people.”

Retired actor, Brock Winsom, who played Physician By the Door, in an episode of the television show “M.A.S.H.” in 1975 said he is willing and eager to put his medical acting knowledge to work to help treat patients infected with COVID-19.

“I picked up a lot in my one scene on M.A.S.H.,” said Winsom. “It really is kinda cool. To think that me, a guy who also played Rapist Number 3 on an episode of CHiPS can get a chance to redeem himself and actually do something good for this world… Well, it’s pretty special. What will be totally great is if there’s ever a need for Innocent Bystander, I will totally excel at that. That’s where my star will truly shine.”