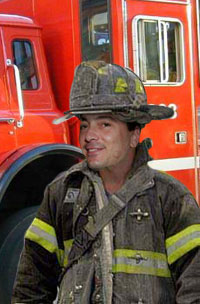 HOLLYWOOD, CA – Hello kiddies, it is I, Beth Sinclair, your humble insight into everything that’s hot. Now when I say hot, I don’t mean temperature wise, I mean I am the maven of everything that you guys should be doing/watching/eating/fucking. Speaking of temperatures, is it me or is it colder than a witch’s tit outside? Seriously, my nipples have been rock hard for a week now! Fortunately, the cold weather means that one thing is certain, and no, it is not that my herpes outbreak is back. I’m talking about the Fall TV Line up is about to begin! And let me tell you that this year has got me so excited that even if it weren’t cold, my nipples would be so hard they could cut the Hope Diamond!

This year the key word is Magic! Plain and simple, every new show that’s coming on is enough to make this shy girl go all Jennifer Lopez on every guy and girl she sees. And don’t tempt me, ‘cus I’ll do it! Sure you got your Joey’s and your Apprentices, but everyone knows that the new fall shows are what drive the networks. One little show can become the next big thing. Does anybody remember a little show called “Webster?” Yup, you guessed it, “Webster” was a new fall show oh so many years ago. The thing is, there are so many gems this year that those crazy rap stars can make Bling out of them! Here is a list of my personal highlights from each of the networks.

Sparky! (Wednesday, 8:00 p.m., NBC)
This is one of those heart wrenching dramas that will win every award at next years Emmys. Sparky, played brilliantly by Scott Baio, is a reformed arsonist with a heart of gold. But when he gets a job at the local fire station, will things heat up? I sure hope so! If not between Sparky and the other firemen then definitely between Sparky and his love interest, played by one of the Olson Twins (which ever one isn’t in rehab at the time of filming). Is it me, or is Scott Baio still the hunkiest piece of meat on the planet? I know I’ve made the comment before, but what the hell, Charles can be in charge of me anytime he wants to! And by being in charge, I mean he can have sex with me.

Hangin’ with Bubba (Friday, 7:00 p.m., FOX)
The reality TV business is still going strong and “Hangin’ with Bubba” is FOX’s latest winner. Bubba is a fat guy who is oddly attractive… in a fat way. The premise is simple enough – force seven people to follow him around 24 hours a day as he hot talks to “girls” on the internet, plays video games and farts. Whoever is the last one standing wins the prize. And what is that prize you ask? $347.48, Bubba’s entire paycheck! It is so amazing how the FOX executives can keep coming up with new twists on the reality show. Hey guys, here’s one for ya. A sexually independent entertainment reporter with a healthy appetite looking for love in New York! Give me a call!

The Life and Times of Fat Fingers McGee (Monday, 7:30 p.m., CBS)
Let me tell you, TVs most watched network has got it right again. While it may sound a little strange, “Fat Fingers McGee” is the funniest show I have ever seen, and believe you me, I’ve seen a lot of funny shows. Fat Fingers is a black blues musician in the late 20’s who is trying to make a name for himself. As Fat Fingers travels around the south playing gigs, he meets all sorts of wacky characters like other blues musicians who want him dead, police who want him dead and even a clan of people dressed like ghosts that want him dead. I was lucky enough to attend a sneak peak at this show, and I did not stop laughing from start to finish. In fact thinking about it now makes me giggle!

Smoked! (Saturday, 8:00 p.m., ABC)
“Smoked!” is ABCs answer to MTV’s hugely successful vPunk’d!” “Smoked!” stars notorious Cypress Hill frontman B-Real and follows all the pranks that he plays on people. The twist here is that B-Real is always high, so not only do the people on the show have to figure out what’s happening, so does B-Real. Here’s an interesting tidbit for my dear readers. In the second episode, where B-Real gets high and orders a pizza to the wrong house, if you look closely at the computer screen, there is one of my past stories on the screen! Can you believe that? I can’t! But what can I say, when you’re hot, you are hot! Am I right?

Well folks, those are my picks for the upcoming season! But seriously, watch every show. Take time off work if you must, because if we do not support the major networks, they will fade away. Then all we’ll be left with is Telemundo and Lifetime. And that is my picture of hell. See ya!