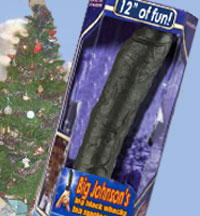 CHICAGO, IL — Over the past years Consumer Reports has provided parents with a valuable list: the hottest toys for the upcoming Holiday season. Retailers across the country often stock up on the highlighted toys in order to satisfy the anticipated high demand and hopefully minimize the violent incidents that have happened in the past between crazed parents.

This year The Scoop takes a look at some of the top selling toys from years past: where are they now, surviving with the times, or left behind?

Forky
From 2005, Forky is a multi-use toy designed to help children develop their sense of discovery and imagination. One metal fork-shaped tool comes in each package with a booklet of “what ifs.” According to the manufacture’s webpage, no child will be able to resist poking things with Forky. Despite the hefty price tag for this toy ($100) kids around the world still want to get their hands on Forky and see what happens if it gets stuck in an electrical socket. Forky has been especially popular with Reality TV stars over the last years and Forky manufacturers are looking forward to it reaching high sales again this Holiday season.

50 Cent’s 9mm Play set
In 2005, hot on the tails of his movie “Get Rich or Die Trying,” the 50 Cent marketing machine took aim at all the little “gangstas” out there. The play set comes with a real 9mm handgun and three bullets to recreate the feel of living in Fifty’s shoes. The set also includes a pamphlet with tips on how to hide the gun from friends and family and the proper way to hold the gun during an altercation with a fellow gangster. Despite the wrongful victim hate-mail that had a hand pulling the product from stores and the company shuttering its doors because of “unethical business practices” a few of these play sets made it onto eBay and are selling for several thousand dollars each.

Rehab Rhonda Fashion Doll
2007 brought a less successful toy, marketed as Barbie’s coke-head cousin, Rehab Rhonda came with all the things that a coked-out-starlet needs including designer dresses, a bottle of “Morning After Pills,” shopping bags and balloons of “candy.” To complete the set one could also pick up Rehab Rhonda’s smashed up BMW. Although Mattel, makers of Rehab Rhonda, stressed that their doll in no way resembled either Britney Spears or Lindsay Lohan, a large sum of money went to the company and the dolls mysteriously vanished from the shelves. We asked one doll expert, 12-year-old Molly Sue what she thought about the doll being pulled. “Well, I was nine at the time and I was really disappointed. But you know, I am more into the show “Intervention” now. I prefer my dolls to be totally hopeless and despaired.” At press time The Scoop was unable toconfirm if any toy company was planning a line of dolls based on “Intervention.”

The Little Tea Party Tea Party Play Set
In 2010 a tea set hit the shelf that is not going to be around at all this Holiday Season; The Little Tea Party Tea Party Play Set. We went back to see what then-Wal-Mart director of Promotions, Monika Stewart said about this “This play set comes with all the accoutrements that you would expect to find in a tea party play set but it also comes with four white dolls that resemble prominent Tea Party politicians. I guess I didn’t need to say that the dolls were white did I? But the set is great because you can pull the string on the back of each doll and it says a Tea Party slogan like ‘reduce the deficit… whatever that is’ and ‘small government and bigger checks to cover my diabetes.’ It’s just a great toy for little girls.” Monika wasn’t available for her current opinion on the tea set’s unpopularity but we found her former correspondent, Anna Plick, at a local Target, “Yes, well fortunately, we now have the ‘Little Tea Party for Kids in the Real World Play Set’ which is a culturally aware set and this one is better since the multi-cultural little boy and girl dolls say things like ‘I am pro-choice’ and ‘I can marry my same-sex lover.’ It is really great for today’s kids.”

My First Stand Up Comic Set
In 2010 The Scoop interviewed Toys R Us spokeswoman Carol Hall about the My First Stand Up Comic Set. “All kids dream of the flashy life that a stand-up comic lives; the traveling, the glitz of seedy comedy clubs and drunken bachelorettes screaming at you to be funny. This toy brings the experience home,” said Hall. “The set includes a microphone, a set of index cards to write jokes on, a ‘heckler’ machine that will yell out random heckles as the child performs and a vial of heroin. The vial of heroin is the most important thing in this whole set, it really makes the toy. When you’re a stand-up comic, you need something to take the edge off and let you feel normal for even a few minutes. That’s what the heroin is for. Really, you don’t need the other stuff. The heroin is really the only stand up experience that you need.” This year Hall expects the set will be a top seller but the manufacturer could no longer afford to put heroin in the sets, so they replaced the drug with a picture of Daniel Tosh. “I’m not sure what effects (the updated toy) will have on the future of comedy, but it’s still fun” said Hall.

Dinosaur Egg Hatching Kit
for the toy topping this year’s list of Consumer Reports hottest toys is Discovery’s new Dinosaur Egg Hatching Kit. This kit comes with the equipment needed to incubate and care for a new baby dinosaur, including a heating lamp and live chicks. Choose from T-Rex, Velociraptor, Jeholopterus or Kronosaurus. “We really wanted to start out with the exciting dinosaurs and skip all the lame-ass dinosaurs,” said Mike Denby, spokesman for Discovery. “Sure, sure we could have done a Brontosaurus, but what little boy wants a Brontosaurus when they could have a flying dinosaur like Jeholopterus with razor sharp teeth? A stupid boy, that’s who. We thought we should start big and give ‘em what they want.” The Dinosaur Egg Hatching Kit can be ordered on the internet or at the Smithsonian. Dinosaur eggs not included.