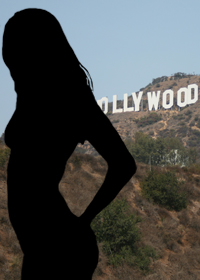 HOLLYWOOD, CA – Responding to critics and increasing pressure from women’s groups, Hollywood studio executives say they will temporarily change many of the decades long practices with regard to women.

One of the biggest and most immediate changes that will be made is that Hollywood studios have agreed to temporarily pay women almost but not quite the same amount that male costars earn.

“Yes we may have been paying women much much less than men but we will change that, temporarily, starting today,” said Paramount Pictures CEO, Gordon Jerome. “Even though women don’t draw as much as men we’ll, temporarily pay (women) almost the same as we pay men. Seriously though. Look at the hot actresses now. Do you think that Melissa McCarthy is going to pull in the same crowd as Dwayne ‘The Rock’ Johnson? Fuck. No. It just isn’t going to happen. The Rock is a superstar the likes of which has never been seen and probably never will. There is not a single female actor that can emote as much with her entire face that The Rock can with a single eyebrow. That’s fucking talent. Melissa McCarthy can’t hold (Johnson’s) balls while he’s taking a leak. But we’ll do it. We’ll pay Melissa McCarthy The Rock money… almost… for a while.”

Hollywood is facing criticism and protest for the way women are treated within the film and television industry. Recent leaked emails and statements made by Hollywood big wigs have offered proof that women make considerably less than men, are generally regarded as stupid, face increased scrutiny related to their appearance, and are considered “too old” for roles once they reach the age of 35.

“We’ve been given orders to increase the… variety of women we look at for upcoming roles,” said talent agency director, Stephen Dilet. “And the sad thing is not only do we have to audition women with flaws, such as looks and age, but we have to cast some of them! This whole protest is really making my life hell. Have you ever seen a woman over 35 naked? It’s fucking gross. Things are sagging, there are weird spots. Ewww, I don’t even want to think about it. The only reason that people look at chicks who are over 35 is we have to, we can’t kill them all. In Hollywood, though, we use to have the luxury of just not hiring them, except, you know, for horny grandmother roles.”

“Women should get paid almost as much as men,” said Kristen Stewart. “Even if they can’t act so good. I can’t act so good all the time but I should make as much as men do because sometimes I do act as good as a man. In the Twilight movies I acted as good as the men in that movie and they paid me not as much. Also, women over 35 should be able to get acting jobs. I’m not over 35, because that would be horrible, but I still think that women who are over 35 should be able to be in movies and they should not be thought of as old… until they are 38.”

The Screen Actors Guild applauds the changes although the organization’s leaders don’t think there is a problem with the way women are treated in Hollywood.

“Yeah, it’s all well and good, and it makes people feel good, but if you try to sit there and tell me that Dame Judy Dench is as good of an actor as Dwayne ‘The Rock’ Johnson, I’m going to call you a fucking liar,” said President of the Screen Actors Guild, Gordy Rassmann. I think that maybe some chick will come along that will come close to having the chops that The Rock has, but it won’t be in my lifetime. Hell, it probably won’t be in my great grandkids lifetime. Have you seen ‘G.I. Joe Retaliation?’ How that didn’t win all of the Oscars, I’ll never know. Also, who wants to see Judy Dench naked? Weirdos do, that’s who. And we work in Hollywood, we don’t cater to weirdos – that’s what the internet is for.”

Although the studio executives have committed to making some changes, they did reinforce that any change would be temporary, until the controversy dies down.

“We will make the changes but we will also roll everything back in, oh, four to five weeks – once everyone has forgotten and moved on to some other ‘injustice’”, said Jerome. “I just want to make it clear for any women coming up in Hollywood. In a couple weeks you’ll still not be able to get a job if you aren’t skinny, attractive, under 28, cheap, or willing to blow the casting director. This whole controvery will blow over and we’ll be back to treating women like objects in no time. Why? Because we are all pieces of shit and we don’t give a shit what anyone thinks. What are you gonna do? Not see movies?”