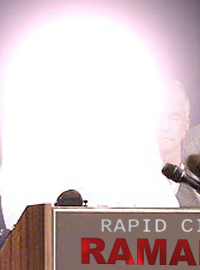 God said he will no longer leave his children in charge when he takes a vacation.
Related Topics

HEAVEN – After returning from vacation and seeing the state of Earth, God has promised to never again put his kids in charge while he is away.

While God was visiting his sister in another galaxy he put his children Zeus, Ra, and Joseph Smith in charge of Earth.

“I gave (Zeus, Ra, and Smith) detailed instruction on how to take care of Earth while I was gone and they… I’m thinking they didn’t do a damn thing I asked them to do,” said God. “I told them to keep an eye on very specific things and they didn’t. I said ‘look, there is a little virus thing I’m messing around with in Chinese pangolins – don’t let it infect anything else’ and they ignored that request. Kids today man. I tell them something and then they do the complete opposite. Then they think that saying sorry is just going to make everything better, even though they don’t mean it. Is sorry going to bring back a million people who have died from Covid, Joey? No, it’s not.”

God said “little” of the current state of Earth is in line with his original plan thanks to the action or inaction by Zeus, Ra, and Smith.

“The Trump thing, COVID, World War three, murder hornets, return of Nazis… none of that shit was on my plan. None of it,” said God. “Shit was supposed to be a little quiet. You know, I kinda figured that I’d fucked with humans for a bit too long so I thought that I would just go easy on them for a bit, let them thrive all on their own. Well, my damn kids went and fucked that all to hell, didn’t they? Now I have to look at rescheduling Armageddon. I’ll probably have to move it up a decade or so.”

This was not the first-time God took a vacation and left his kids in charge, but God says this is the first time he has come back to “this much of a mess.”

“Remember the last time I took a break? A little thing called the Black Plague and all of those Crusades and shit in my name?” said God. “That was a nightmare to come back to but at least people were pretty stupid and isolated back then. Now, everyone has the entirety of knowledge in their pockets at all times so everyone in the world knows everything that’s going on everywhere else in the world. It sucks because it makes me look bad.”

“Yeah, we’re totally sorry,” said Zeus. “But in my defense, I wasn’t expecting Pokemon Legends: Arceus to be such a good game. I kinda just got sucked into it and couldn’t stop. So, yeah. Sorry about all that bad stuff.”