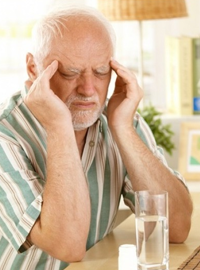 A new law in Texas will make it illegal to make a white man feel uncomfortable.
Related Topics

AUSTIN, TX – Texas Governor Greg Abbott has signed a new law that makes it illegal to make a white man feel uncomfortable in any way.

“With this new law we are finally putting white men’s comfort above all,” said Abbott. “White men can go to sleep at night now knowing that there is nothing that will make them feel guilty, or confused, or ashamed, or scared. This state and this government are dedicated, solely, to protecting white men. It’s pretty much been that way for a while, but now it’s official.”

White men across the country have been increasingly vocal about their need for protection from ideas such as critical race theory, the existence transgender people, and public health mandates.

“Now I don’t exactly understand or even really know what critical race theory is but I’ll be damned if some libtard is going to make me!” shouted Mark Ball. “Ain’t no one gonna tell me that being white is bad. ‘Cus that’s what other white people have said critical race theory is so that’s what it must be. And don’t even get me started on those trans people. People don’t just get to change their gender because they want to. Heck, if they could do you think I would be this fat, grumpy, old white man? Heck no! I’d be a beautiful princess who walks through fields of flowers as the sun washes over my face and I feel my breasts burst forth with love and womanhood… but that idea makes me feel… bad… so I need to be protected from feelings like that.”

“It is very, very hard to be a white man these days with all this… race stuff and confusing gender stuff and so we need to stop all of it. From now one no one is allowed to make us white men feel bad for what we say or the way we treat people or for what we think, and no one is allowed to confuse us with new ideas,” said Abbott. “And that means no one is allowed to talk about any of this stuff to anyone we know or have met in case it somehow gets back to us. I want to emphasize that it is really hard to be a white man. It is literally the hardest thing in the world to be.”

Republicans say that the new law is designed to protect the state’s “most valuable resource” – white men.

“White men are under attack, and they need to be protected,” said Texas State Senator, Chris Whitmore. “Never, in the history of the world, has it been harder for a white man. Did you know that you can walk into some restaurants and see a gender-neutral bathroom? That’s not right! Men’s bathrooms used to be sacred places where men could go and be men and be surrounded by other men all peeing in a communal toilet. But now? Now there might have been a woman in that bathroom, or worse yet, a woman who was born a man! I just… I just can’t handle that.”