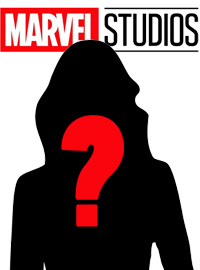 Reviews for a yet to be produced Marvel Studios television show have been overwhelmingly negative.
Related Topics

LOS ANGELES, CA – A yet to be announced Marvel Studios Disney + series with a female lead is already getting poor reviews on IMDB.com.

“This show is stupid and all the females are stupid and everyone that watches this is stupid and I hate my parents,” stated a recent review from IMDB user hentaistarz69. “This is the lamest show that Marvel has ever made. It’s all about chicks and there aren’t very many dudes in it and none of the chicks will talk to me so its stupid. I hate it and I’ll never watch it.”

Currently, on IMDB the series, which is listed as “a show about a stupid female character no one cares about,” has 1% positive rating with more than 103,000 one-star reviews.

The series, which is not currently in development, might star someone like Saoirse Ronan, and could possibly be about a superhero or maybe a team of superheroes.

“We’re not sure who is going to star in this project yet, and actually, we’re not even sure what the project is actually going to be at the moment, we just know that we need more female driven stories,” said President of Marvel Studios, Kevin Feige. “Sure, we have Captain Marvel and The Scarlet Witch, but aside from them and a few others, we really don’t have a lot of strong female leads. And let’s be real here for a minute. There isn’t a guy out there that doesn’t want to be completely dominated by a chick like She Hulk, I don’t care what they say. So, we just want to give the world what they really want but can’t ask for.”

Reviews have been especially critical of the actress playing the lead role and all other female characters.

“That chick that they cast is totally wrong for the role that she’s cast for,” stated a review posted by Xx6942069xX. “I haven’t seen her in anything, but I can tell you that she sucks. I bet she doesn’t even get naked in any of her movies. That’s bullshit. Every actress should get naked in every movie so that I don’t have you use my imagination to know what their boobs look like.”

In addition to the negative response to all female actresses and characters on the non-existent show, reviewers also complained about how the show differed from the source material.

“I’m not even going to get started on the whole origin story thing, because they’ll totally get it wrong, just like they did with She Hulk,” stated a review posted by simp4ScarJo. “It’s like they’ve never read the comics. I mean come on! She Hulk getting her powers because her blood mixed with Hulk’s? Fuck that! In the comics Hulk gave (She Hulk) a blood transfusion with his blood. It’s asinine that they think us fans would be ok with that change.”

Disney + executives are surprised by the negative reviews as the series does not yet exist.

“It is strange that a possible series, that we haven’t even started working on is getting such a bad response,” said Disney + Head of Programming, Devon Weret. “Really makes you think, huh? I wonder if we should maybe think about our approach for this show that doesn’t exist. We should call together a meeting with several older, white men to see if we can get some direction on this. If there’s one group we should be making decisions to about women stuff, it’s them.”

One group that is not surprised by the negative reviews is all women.