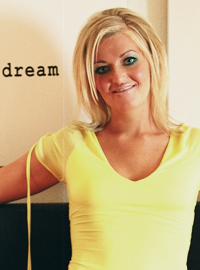 “I’ve seen a couple different things on Facebook the last couple weeks about how (Biden) said he wants to make church illegal, and how he wants to let minorities hunt white children, and how he will force antifa to live in the suburbs, and how he’s going to use aborted fetuses to paint the White House,” said Huller. “Then, of course, there is the thing where his son may have done something once that wasn’t legal or something? I don’t know the specifics and I don’t really need to. I just need to pick an excuse and maybe a back up excuse.”

Like many white, suburban women, Huller needs an excuse to tell anyone who asks why she didn’t vote for the Democratic presidential nominee.

“I have some progressive friends in real life and on Facebook and I will need to be ready with an excuse when they ask why I didn’t vote for Biden,” said Huller. “In 2016 it was easier with Hillary (Clinton), ‘cus, you know she’s really just Bill in drag, but now with Biden it’s harder because I kinda like him but at the same time I’m white and I live in the suburbs with other upper-middle-class, white people so I’ll need to not vote for Biden and I’ll need an excuse other than that I’m racist. Oh, don’t put that last bit in your article, I didn’t mean to say that out loud.”

Huller says she has narrowed down the list of excuses to three and hopes to settle on a final excuse by the end of the week.

“I’m leaning towards a couple, yeah,” said Huller. “I don’t want to tell you what they are yet in case I change my mind. Also, I need to test some of the excuses out on Facebook with other neighborhood moms to make sure they will work. The last thing I want to do is pick an excuse that people don’t like or is different from what the other moms think.”

Huller doesn’t consider herself a Republican but has had an excuse for not voting for the Democratic nominee in the last six presidential elections.

According to Heller, once she settles on an excuse, she will mail her ballot with a vote for Donald Trump.

“I don’t like (President) Trump but… I just can’t imagine voting for Biden because, well, because of the excuse I haven’t picked yet,” said Huller. “Trump is really gross and he just makes me feel really uncomfortable but, again, I’m a white, Christian woman and so I’ll come up with an excuse to not vote for Biden and vote for Trump.”