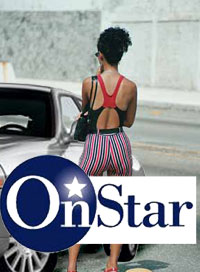 DETROIT, MI – To increase subscribers, the driver assistance system OnStar will be unveiling several new features aimed at easing the life of drivers world wide. One of the first new systems to be implemented will be a service to help drivers identify good, out-of-the-way places to bury dead bodies.

“(OnStar) has several, really exciting things coming down the pipeline and the Hooker Dump service is just the first,” said OnStar President Chet Huber. “I know I’m not alone here when I say I for one am sick and tired of driving hours and hours just to bury a hooker I accidentally killed. Well, now, all I have to do is press my OnStar button and a well trained and courteous OnStar Customer Care Associate will tell you exactly where to bury a drug riddled whore who forgot the safety word.”

In test markets, the Hooker Dump has already proved both a costumer favorite and valuable to the company.

“We originally initiated this service with 300 of our subscribers in Las Vegas and New Jersey and within a week of it going live to these people, the service was used 450 times,” Huber said. “To be honest, I was shocked at how quickly this was adopted. I think we even had people going out, picking up hookers, fucking the hooker and then killing her, or him, just so they could try out the system. It’s been a big hit so far and has gotten customers excited about OnStar again.”

When the Hooker Dump service is rolled out to all OnStar subscribers later this year, it will be accompanied by another, similar service called Hooker Lingo. This service will help drivers and service industry workers hammer out details despite not having a common language.

“After we put in the Hooker Dump option, the next big request we received was a way for or people to help in delicate negotiations,” Huber said. “I mean lets face it, hookers have their own vernacular. Sometimes it can be hard to tell what the whore is saying. We can now help. We can also help with those tricky geographical language barriers. For example when a hooker is sucking you off while you take a dump. In most of the country that’s called a Blumpkin. But if you ask for a Blumpkin from an Alabama hooker, she’ll look at you like you’re crazy. There a Blumpkin is called a Stinky Twinky. Or staff is well versed in each regions dialect.”

“We are really looking forward to testing and getting these new services out to the general public,” said OnStar’s head of marketing Justin Willis. “The Pig-A-Lert will definitely save people a lot of headaches. Pig-A-Lert is a constant system that reads the space ahead, scanning for radar waves. Much like a radar detector, this service allows you to know where police officers are located, but without an obvious device mounted to your windshield. The best part about the Pig-A-Lert though is how it warns you. When the system picks up radar, it oinks at you. It’s pretty damn cool.”

According to OnStar, these improvements will be available to all OnStar subscribers at no extra cost.

“These (new services) are the coolest things that I have ever heard,” said OnStar subscriber Randy Graves. “When these things go live, I’m going to use them all, especially the Hook Up Assistance. I can’t wait till I can get some hot ass chick on the line and tell her I got an OnStar in my pants. It’s totally gonna rule.”