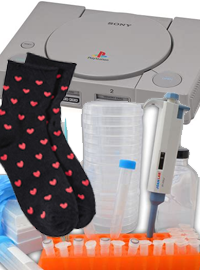 NEW YORK, NY – The season of gift giving is here and to help find the best toys for the children in your life, The Scoop News has pulled together a list of this year’s top selling, sought-after, and affordable toys.

My Little Home Office
The brand behind Play Kitchen, KidKraft, has released a new playset for children modeled after a home office. This new playset comes with a small folding table, a plastic smartphone with the image of a mobile game as the screen, a laptop with an image of a conference call on the screen, a toy coffee cup, and a robotic cat that will constantly try to get your child’s attention while your child is “working”.

Black Pander action figure
While Black Panther figures are popular, they can also be expensive. Instead of shelling out a large amount of money for an official Blank Panther toy, the cheaper knock-off version Black Pander can be found in most discount stores for as little as $1.50. The Black Pander figure looks similar enough to the actual Black Panther character to fool most children and comes with several accessories such as a Captain ‘Murica’s shield, Chor’s hammer and HawkGuy’s bow.

Socks
For generations, children of all ages have asked for socks and this year is no exception. Socks are fun and, if used correctly can help keep children’s feet warm when the power is out because someone forgot to pay the heating bill… again. Consider buying used socks from a thrift store as children are unable and often unwilling to distinguish new socks from used socks.

PlayStation
While newer gaming systems remain popular and expensive, older generation systems are still good, inexpensive gifts. The first-generation PlayStation will run about $10 and games as little as 25 cents. The only downsides are that you may have to spend up to $150 in adapters to get the PlayStation working on modern TVs and most children will hate you for giving them an old gaming system.

Kiddie CRISPR
If there is one thing children love, it’s experimenting with genetics. The Kiddie CRISPR comes with a tissue extractor, a gene modification set, and a set of syringes for cell implantation. Children’s imaginations can run wild as they edit DNA from family, friends, and even pets. One thing to consider, this set does not offer the ability to clone but the parent company behind Kiddie CRIPSR, The Essex Corporation, says that a cloning playset will be available by Christmas next year.

Slinky
A classic for a reason, the Slinky will have any child jumping for joy when they get this gift for the holidays. The slinky will provide minutes of joy. And is always the case, if a child doesn’t like a slinky, they are horrible little monsters that should be taken to the orphanage immediately.

Wino Wendy
This new doll from the Just Like Mommy line is a great gift. The doll comes with a box of wine, a wine glass, and a set of different shirts that reveal red stains when exposed to sunlight. The doll will be released with several different shirts including ones that say “Rosé All Day,” “It’s a Fine Time For Wine” and “It’s 8am Somewhere.” The new Wino Wendy doll follows last year’s popular Repressing Rachel.