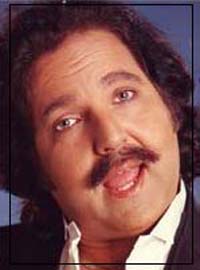 SANTA MONICA, CA- Executives at Warner Brothers Studios announced plans earlier this week to make some drastic changes in it’s most popular show, “Buffy the Vampire Slayer.” The executives feel these changes are “intended to improve the shows already ‘hip’ image, and are exciting in this new direction.”

“Filming on the new spin-off Buffy series… we’re calling it ‘Muffy the Vampire Layer,’ has already begun and these new episodes are going to be hot. Hot, I tell you,” said Jeremy, as he fondled his genitalia.

“Dig this, viewers will still see the same great characters, but there are going to be a few changes. For instance, the vampires will no longer be stabbed with wooden stakes. Instead, in order to kill the vampires, Muffy will need to impale them with large, double-headed black dildo’s. So not only will this lead to some kinky shit, this will also give the cast an opportunity to get some heavy girl on girl action,” Jeremy stated as he continued to work a now sizable erection.

Some industry insiders speculate that the WB’s move towards raunch is in response to the recent Ally McBeal lesbian kiss and “penis” episodes, which fetched the Fox Network it’s largest ratings ever.

Jeremy dismissed this notion as he applied baby oil to the palm of his hand.

“No baby, I don’t give a rat’s ass what that skinny little whore does on her show. I’m sure that I am speaking for the entire viewing audience when I say that I have just been dying to see Buffy, I mean Muffy, finger-cuffed by two demons who are hung like pack mules,” Jeremy said. “And come on, haven’t you always wanted to see Muffy rip the pants off of that Willow honey and tongue her into next week? Now, were still gonna be held back by those goddamn ‘no nudity’ rules, but we’ve figured out some bitchin’ camera angles that are sure to arouse. Check this, the first of the new episodes will feature the longest money shot ever captured on film. We found this guy who can come buckets. Literally. But we will pretty much only see his face as he comes or maybe splash some onto Muffy’s face… Ahhh… oww,” Jeremy grunted as he blew his load on his belly, and then asked for a Kleenex.

Jeremy’s statements come hot on the heels of the WB’s announcement last week of a joint venture with the Weather Channel. Starting the week of March 15, various WB stars will be appearing on the Weather Channel to deliver weather updates around the clock. Some segments to watch for are “Sister Sister Be Frontin’ Bout Weather n’ Shit,” Nickii Cox’s “Hot and Horny Topless Ski Condition Update,” and the “Muffy the Vampire Layer’s Homo-erotic Hometown Forecast.” These shows are expected to bring The Weather Channel the 12-20 year old demographic that the WB has so keenly kept in it’s pockets. And as part of the cross-over agreement, a quarter past the hour the Muffy show will pause, mid-action, to deliver current weather conditions for the entire country.

Look for “Muffy the Vampire Layer” and new episodes of the recently revamped, Dawson’s Crack, geared to capture the “homosexual demo,” next season.