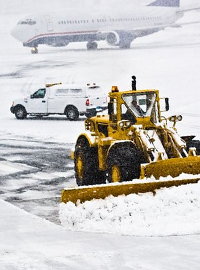 Southwest has released a plan to combat the recent wave of cancelations.
Related Topics

ATLANTA, GA – Southwest Airlines has announced a three-pronged plan for addressing the large number of flight cancelations the airline has made in recent weeks.

“Beginning in the next couple months, Southwest will begin allowing select passengers to fly planes in instances where the assigned flight crew is unavailable,” said Southwest Spokesperson, Maya Hert. “Secondly, Southwest is committed to increasing the amount of greenhouse gas emitted by our planes in an effort to speed up global warming and thus reduce the number of flights canceled due to winter storms. Lastly, Southwest Airlines will begin allowing passengers on canceled flights to drive to their destination at no additional charge.”

In the last few weeks of 2022, Southwest Airlines cancelled more than 5,000 flights so due to storms and staff shortages. By allowing select passengers to fly planes, Southwest Airlines is hoping staffing and scheduling issues will become a thing of the past.

In order for a passenger to fly a plane, they will need previous flight experience or watch a 30-minute training video.

“In all reality, flying a plane isn’t that hard,” said Lead Pilot for Southwest, Cale Reston. “I was a D student, was high all the time and look at me now. All I did was take a $20 flight lesson that my Stepdad got me for my birthday. I think he assumed that I would crash the plane and be killed, but who’s laughing now Ken? Anyways, yeah, it’s not that hard. The planes pretty much fly themselves, so that 30-minute video is a bit of overkill. Really, you only need to pay attention for like the first 10 minutes and you could probably nap through the rest.”

Winter storms have always been a problem for air travel and Southwest Airlines is hoping to lead the other airlines in making changes to the amount of greenhouse gas emissions the company produces to help speed up global warming.

“Think about it, the more we destroy the environment, the hotter it gets,” said Hert. “It’s science. It’s been proven time and time again. If we, and all other airlines, really go for it and up the amount of gases we pump into the atmosphere, we can really speed things up. The best part about this plan is that since it’ll be planes, we can put the gasses directly into the atmosphere without harming people on the ground. At least we think that’s how it’ll work. That’s how it should work, right? I’m not a scientist but it sounds right to me.”

“(Southwest Airlines) understand that passengers need to get to their destinations, especially during holiday seasons, and to that end we will now allow passengers to drive to those destinations at no additional cost,” said Hert. “The passengers will need to provide their own cars, of course, because we aren’t a car company, but there will be no fee from Southwest Airlines if passengers chose to drive instead of fly. And we won’t pay for gas. I should make sure that’s clear too. And we won’t pay for hotels. The only thing we are saying is that we won’t charge people if they decide to drive. And no, we won’t reimburse them for their plane ticket. That’s our money.”

While customers are still angry about the number of cancelations in the last few weeks, many see these actions as a step in the right direction.

“I missed out on my grandchild’s first Christmas, that’s something that I can never get back,” said customer Greg Goatel. “But with these new plans, if I got a chance to fly the plane, well, that might just make up for it. How many times will I ever get to fly a plane in my life? Twice? Three times? How many Christmases will little Lexie have? Probably a lot. So there’s that.”